This review originally ran Sept. 3, 2022, in conjunction with the film’s world premiere at the Telluride Film Festival.

“Retrograde,” director Matthew Heineman’s searing, intimate look at the United States’ chaotic withdrawal from Afghanistan in 2021, opens with an aural collage of speeches from four U.S. Presidents (George W. Bush, Barack Obama, Donald Trump and Joe Biden), which offers a stark reminder of the two decades of this “forever war,” a time period starkly underlined when a Green Beret asks a 20-year-old soldier if he was even born when this war started.

That 20 years was abruptly cut short in 2021 when President Biden was inaugurated and swore to bring the troops home. While it sounds good on paper, or in a political speech, as we found out, and as Heineman’s film — making its world premiere at the Telluride Film Festival — carefully details, it was far, far more complicated, and tragic, in practice.

It’s the faces that stand out in “Retrograde,” a stylistic and thematic motif that offers an empathetic power to the film as well as an aching poignancy. We open with the tumult at the Kabul Airport in August 2021, a heightened and desperate scene as soldiers attempt to keep order by firing rounds into the air. The cameras themselves seem to flinch, along with the terrified Afghan citizens attempting to leave their country, but the lenses always find the faces, capturing fear and desperation.

Heineman serves as one of three cinematographers, along with Tim Grucza and Olivier Sarbil. In his previous films “Cartel Land,” which looks at the drug war in Mexico, and “City of Ghosts,” about a group of journalists reporting out of ISIS-occupied Syria — and even in “The First Wave,” his film about COVID-19 in New York City — Heineman placed the camera in the heart of the action, allowing the audience to experience these situations from a terrifyingly close vantage. It’s a triumph of access and unbelievable bravery, and “Retrograde” follows suit in offering a truly visceral look at these harrowing events.

Embedded with a group of 12 American Green Berets in January 2021, “Retrograde” captures the anxiety about U.S. withdrawal and the grief at the announcement. Though the Berets say things like, “It’s not my call,” and that the decision is above their pay grade, their faces express what they cannot: anger, frustration, sorrow. They make sacrifices to be far from home, but they’re also deeply connected to their colleagues in Afghanistan, offering training as well as logistical, medical, material and technological support to fight the Taliban.

There’s a palpable sense of sadness and despair as the Green Berets begin the process of “retrograde,” a military term for moving away from the enemy, which in this case, means moving away from their allies and friends. They are bereft at the news but oblige their duties, detonating ammunition, destroying technology, burning maps, unable even to leave these tools behind for the Afghan army. A sense of ominousness hangs in the air, especially for viewers who know that we are marching inexorably toward that despairing scene at the Kabul Airport in a few short months, just one day before a suicide bomber killed 170 Afghan citizens and 13 American soldiers. 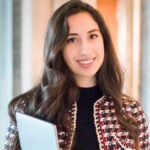 The only person with seemingly a shred of perhaps misguided optimism is General Sami Sadat, a rising star in the Afghan Army, a remarkably charismatic, though serious and somewhat soft-spoken man, his large, sad eyes glued to his phone. As the Green Berets make their rueful goodbyes, “Retrograde” becomes a portrait of Sadat as he attempts to maintain control as the Taliban moves into the vacuum left by the U.S.

Is his hope foolish? Even his men don’t have the belief that he does. But Sadat’s hope is merely a willingness to fight for his country, and he seems the only one possessed of that in the terrifying months after the U.S. forces have left. It’s what drives him forward every day, visibly overwhelmed, abandoned by everyone, but unwilling to give up. He is seemingly the reason the Afghan troops were able to hang on for as long as they did.

Heineman and his team are granted remarkable access to Sadat, the cameras in meetings with his inner circle, on the front lines, in helicopters during intense firefights. We see him smoking cigars on the balcony of the governor’s compound in Lashkar Gah, rockets streaking overhead. But Sadat seems to be the only one willing to stand up to the Taliban, and when Lashkar Gah falls, so too does the rest of the country, the President fleeing. We all know how this story ends; it’s recent history, only a year old. 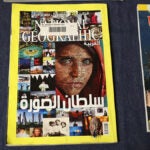 “Retrograde” isn’t like other war movies — there’s not much heroism to be found — but with its access, immediacy and clarity, it is absolutely a Heineman film. It’s a film that is incredibly honest; urgent but not frantic, heavy and somber and vitally important in capturing the human reality of trying to navigate an impossibly tragic situation created by two decades of bad decision-making.

Again, faces. The faces of young American soldiers, dispatched to wrest control over the situation. Their faces as they regard a crowd of desperate Afghans, knee-deep in a water-filled trench, holding their documents aloft. They pull crying toddlers from the trench, choosing who can go and who must stay, deciding on the spot how to separate families. The arbitrariness of these micro-decisions are a reflection of how arbitrary and abrupt the macro decision seems, one well-intentioned choice leaving a vulnerable nation in ruin. We see all the collateral damage in the faces of terror and uncertainty on the ground, and in the despondent faces of those who are lucky enough to escape, cramped on the floor of a cargo plane.

The camera rests on the face of a young Afghan woman behind a chainlink fence at the airport, and one has the feeling that this might be the first woman’s face we’ve seen not concealed behind a burqa. Her eyes are expressive, searching, and her face is one of the last images of the film, almost burning into the screen. The shot is again a redirection to look away from the larger strategic and political moves and, instead, toward the human beings in all of this. What it means for the women of Afghanistan, for the citizens who want to live freely in a democracy and not ruled by religious terrorists.

What does “bring home the troops” actually look like after 20 years? As Heineman shows us in “Retrograde,” a war film that is completely unique in its candor and tone, it looks like a lot of unnecessary pain, suffering, and loss.