“Emily in Paris” has returned for Season 3, and the story contains just as much if not more chaos. This season of the Paris-set dramedy series raises some stakes in serious ways, set to poppy songs that partner well with the loud fashion choices of Emily (Lily Collins) and others. The episode titles cleverly embody some of the song selections as well.

To refresh, Emily’s bestie au-pair-turned-singer Mindy Chen (Ashley Park) has joined a band to busk on the streets and sing for a living. Season 3 offers her a new opportunity to perform at Le Trompette Bleu, a famous nightclub that raised star singers. Her platform enables some great pop radio hit selections for the show.

Here are all the songs in “Emily in Paris” Season 3: 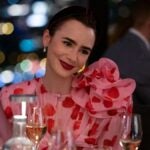 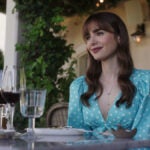 Here’s our playlist complete with most of the above songs: