Irate fans of Celine Dion protested Friday outside the NYC headquarters of Rolling Stone after the magazine left the French Canadian Oscar winner off their list of “200 Greatest Singers of All Time,” which ran the gamut from Frank Sinatra to SZA.

“We are here to express ourselves in the name of Celine, because obviously, you made a big mistake,. We want you to understand you missed the best singer in the world,” one super fan told a Rolling Stone reporter who interviewed some of the group.

The woman, whose accent indicates she is also French Canadian, declined to confirm where she is from, and insisted that being “passionate” about Celine isn’t restricted to people who sound like her: “I could be German or anything.” 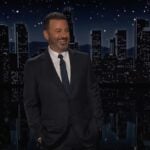 A Facebook group called Celine Dion Addicts shared videos of their protest to social media and carried signs with messages like “How Can You Forget Celine?” while blasting Dion’s songs.

Kate Erbland noted on Twitter that a far more serious protest was going on just across the street, with anti-Trump protestors choosing the anniversary of 2021’s attack on the U.S. Capitol to declare the twice-impeached ex-pres unfit for office.

Celine Dion announced last month that she is rescheduling multiple 2023 tour dates to 2024 as she struggles to deal with a rare neurological disorder “Stiff Person Syndrome.” 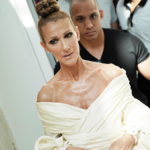