Tejera died suddenly of a heart attack on Friday, Dec. 23, according to a memo sent to staff by ABC News president Kim Godwin on Saturday. He was only a few weeks shy of his 38th birthday.

Tejera was named executive producer of “This Week” at 35, just weeks before the onset of the Covid-19 pandemic. The newscast quickly climbed to No. 1 among Adults 25-54. He joined ABC News as a senior producer in the Washington Bureau in 2017 and produced remote-anchored broadcasts from across the country along with specials from the Trump-Kim summit in Singapore and Trump-Putin summit in Helsinki.

Prior to overseeing the Sunday show as executive producer, Tejera managed newsmaking interviews and covered major breaking news, including the Covid pandemic, the 2020 presidential election and the January 6th riot at the Capitol.

Tejera worked on numerous broadcast and streaming special events for ABC News. In September 2021 he co-executive produced Corazón de América – Celebrating Hispanic Culture, a primetime special for ABC that honored the contributions and achievements of the more than 60 million people who claim Latino and Hispanic heritage in the United States. He also served as the executive producer for primetime streaming election specials leading up to the 2018 midterms and launched shows designed to expand ABC News’ streaming programming, including “The Briefing Room,” an analyst show focused on the White House press briefing room.

Prior to joining ABC News, Tejera was the executive producer of “America with Jorge Ramos,” and in collaboration with HBO produced a documentary film, “Hate Rising,” focusing on the rise of white nationalists and the alt-right. 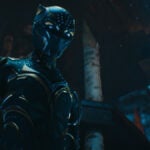 Before that was a producer at MSNBC, where he worked on shows anchored by Chris Jansing and Alex Wagner (who now occupies the 9 p.m. time slot).

Tereja was known for a competitive spirit and pushed his “The Week” team to become the top public affairs show on Sunday morning. He led into the strengths of Raddatz and Stephanopoulos. Raddatz anchored the program from Ukraine during Russia’s invasion.

Tejera is survived by his wife, Veronica, and two young daughters.

It’s with a heavy heart and great sadness that we share that our friend and colleague, Dax Tejera passed away suddenly of a heart attack last night.

As EP of “This Week with George Stephanopoulos” Dax’s energy, passion and love for that show, ABC News, and you, shined every Sunday morning. That same love was extended to his precious girls.

Our thoughts are with his wife, Veronica, the couple’s two young daughters, and the entire Tejera family.

We will share more details in the coming days.

On this Christmas Eve, hug your loved ones a little tighter. And please lean on each another.
#oneabcnews 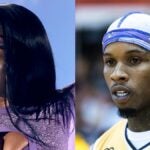