Shirley Eikhard, the Canadian songwriter who penned Bonnie Raitt’s Grammy-winning “Something to Talk About, has died, the AP reports. She was 67.

According to her publicist Eric Alper, Eikhard passed away Thursday in Orangeville, Ontario, due to complications from cancer.

In addition to Raitt’s 1991 hit, Eikhard wrote for a number of country and pop musicians, including Cher, Emmylou Harris, Chet Atkins and Anne Murray.

“I’m deeply saddened to hear of the passing of my friend Shirley Eikhard, the wonderful Canadian singer/songwriter who wrote my hit song, ‘Something to Talk About.’ My condolences go out to her family and friends,” Raitt wrote on Twitter. “Another one, gone too soon,” she continued in a follow-up message. “I will be forever grateful for our beautiful connection and friendship.” 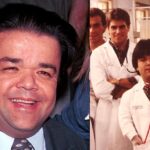 Eikhard, a singer and instrumentalist herself, released 18 full-length albums spanning 1972 to 2021. In October 2020, she was inducted into the Canadian Songwriters’ Hall of Fame. She is also the recipient of 1973 and 1974 Juno Awards for best country female artist, as well as numerous BMI Awards.

The prodigious talent sold her first song at age 15, Murray’s “It Takes Time,” which went on to achieve hit status in their native Canada. Eikhard was a self-taught player of guitar, piano, bass, drums, percussion, chromatic harmonica, sax, banjo and mandolin.

Eikhard contributed songs to numerous film soundtracks, including “Interview With the Vampire,” “The Domino Principle” and “The Passion of Ayn Rand.” 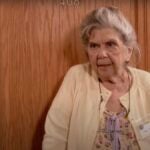