Mariah Carey dazzled the crowd at her sold-out Christmas show with some help from her 11-year-old daughter, Monroe, who joined her superstar mother on stage for their first duet, “Away in a Manger.”

The Queen of Christmas and her daughter donned matching white dresses and tiaras for their performance of the “beautiful” 19th-century hymn on Friday evening at Toronto’s Scotiabank Arena.

“This is my baby girl, here,” Carey said by way of introduction. “Eleven years ago, I got the greatest gift. You know what, I don’t have birthdays, but the birthing day was the greatest gift ever when I had my twins, Roc and Roe [Moroccan and Monroe].” 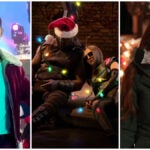 Carey noted that this was the mother-daughter duo’s first time performing together, saying, “We’ve been working on this one for a minute.”

To kick off the song, Carey showed off her vocal range with some of her signature whistle tones before Monroe sang the opening verse.

The crowd went wild for Monroe, whose voice bears a close resemblance to her mother’s. At the end of the song, they hugged as the audience cheered.

After two years of Christmas specials with Apple TV+, this year’s “Mariah Carey: Merry Christmas to All” will air on CBS and stream on Paramount+. It will premiere Tuesday, Dec. 20 at 8 p.m. ET/PT.

Check out a fan-sourced video of Carey and Monroe’s performance below or here. 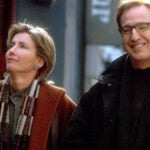