Netflix’s “1899” is behind a new record-high demand for German content around the globe in November, according to Parrot Analytics‘ data, which takes into account consumer research, streaming, downloads and social media, among other engagement.

The latest uptick in global demand for German content has been driven in part by returning seasons of popular German series like “Babylon Berlin” and “Barbarians.” With “1899,” Netflix is clearly trying to replicate the success of “Dark” with a new show from the same creators, Jantje Friese and Baran bo Odar. This series in particular appears to be engineered for global viewers as it’s a multilingual production with 11 different languages.

There has been surprisingly strong demand for “1899” since it premiered on Nov. 17.  It registered an impressive 31 times the average series demand globally in November. Despite having concluded in 2020, demand for “Dark” has held up very well over time. While “1899” managed to surpass demand for “Dark” in the month of its premiere, it will be much harder to match the longevity of the show which has held up so well two years after concluding.

Looking at the most in-demand German series globally, it’s clear that Netflix has played a key role in popularizing these series with audiences around the world. Four of the five most in-demand German series globally are Netflix originals. “Babylon Berlin,” while not a Netflix original, is distributed exclusively by Netflix in the U.S. and other international markets, which has exposed global audiences to the show.  These top five series are in a class of their own with more than twice the demand of the sixth ranked German series, “Das Boot.”

“1899” has been more successful in winning global audiences over in its first season compared to “Dark.” However, if the goal was to match the success of the final season of “Dark” and convert those viewers into fans of the new series, there’s still work to be done. One similarity between both shows is the slow buildup as the central mystery is revealed. This could indicate that, like ”Dark,” “1899” still needs time to reach its full potential. 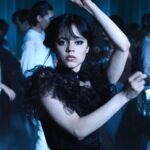