On the latest episode of the British entertainment interview show “The Big Narstie Show,” singer and TV personality Mel B opened up about her apparent disdain for “The Late Late Show with James Corden” host James Corden, saying he’s not “very nice.”

During her appearance on the show, Mo Gilligan asked Mel B who she felt was the “biggest d—head she’d ever met.” She responded saying: “So, there’s a few. James Corden, Geri Halliwell, Jessie J and me.”

Throwing people off guard with the naming of her Spice Girls bandmate, Halliwell, Mel B mentioned that while she cares deeply about Halliwell, she finds her to be “really f—ing annoying.” 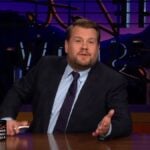 She then went into depth about her issue with Corden.

“I think you always have to be nice to the people that you work with whether it be production, camera guys, sound, lighting,” said Mel B. without sharing any other details. “We all work for the same thing, so you should always be nice and he hasn’t been very nice.”

This isn’t the first time Corden’s been accused of abusive behavior. On Oct. 17, Keith McNally, the manager of a French restaurant called Balthazar in the SoHo neighborhood of New York, said that while Corden is a “hugely gifted comedian,” he’s also a “tiny cretin of a man.”

McNally banned Corden from the restaurant, calling him “the most abusive customer to [his] servers since the restaurant opened 25 years ago.” 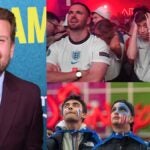